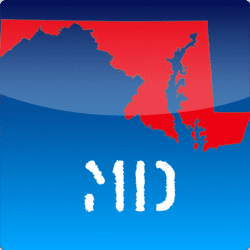 The Maryland Marriage Alliance, a coalition of groups working to preserve the traditional definition of marriage as a union between a man and a woman, said it has collected more than 113,000 voter signatures. That figure far exceeded the 56,000 signatures needed to bring the law to a referendum. A third of those had to be submitted by Thursday.

"There are people that are just impassioned about this issue around the state," said the organization's executive director, Derek McCoy, speaking after a press conference announcing the success of the petition drive. "I think what you're seeing is, people don't want a radical redefinition of marriage just on a whim."

McCoy said more than 4,000 people trained to collect signatures campaigned in churches and other venues, and held gatherings in their homes within the last couple of months.

Backers of the referendum claim that signers were driven by Obama's same-sex marriage endorsement, although it appears voters have also been galvanized in the other direction, given data released last week: