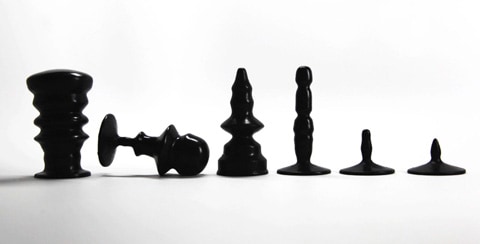 Grand Old Party demonstrates that as a people united, our opinion has real volume. When we approve of a candidate, they swell with power. When we deem them unworthy, they are diminished and left hanging in the wind. We guard the gate! It opens and closes at our will. How wide is up to us.

In an age of information, we rely on hard facts. Each of the shapes you see here come directly from poll data collected by Gallup. This data reects approval ratings for each GOP candidate among registered Republican voters from December 10, 2011 to April 1, 2012. Each shape’s girth is a reflection of popularity while their height is a reflection of time.

The contours of these delightful shapes conjure up the waves of amber grain and those lapping at the rim of our great nation spanning from sea to shining sea. As the battle for the Presidency rails on, we must remember that Americans may may have achieved freedom through war, but they are also a people of love. After all, in the end all we have is each other.

Brining up the rear has a whole new meaning now.

Don't miss the video, AFTER THE JUMP…