On Friday I posted about an amendment to an anti-bullying bill likely to pass in Ontario, Canada that would require all schools, including Catholic ones, to accept the name "gay-straight alliance" for anti-homophobia clubs. 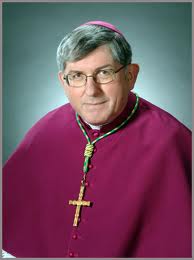 Not surprisingly, Catholic leaders are fighting it, the National Post reports:

Cardinal Collins said the Church was taken aback by Friday’s decision because it believed it was on the way to negotiating a compromise. He said he is puzzled as to “why a piece of provincial legislation is being used to micromanage the naming of student clubs” and “why Catholics are not free to design their own methods to fight bullying?”

Cardinal Collins said he would not speculate as to the government’s motives, and was unclear about the role teachers might play in steering a club, regardless of its name, in keeping the club’s agenda in line with Catholic teaching.

The Catechism of the Catholic Church says homosexual behaviour is “intrinsically disordered” and “under no circumstance can it be approved.” However, the Catechism also teaches that homosexuals “must be accepted with respect, compassion, and sensitivity. Every sign of unjust discrimination in their regard should be avoided.”

Earlier Monday, Marino Gazzola, president of the Ontario Catholic School Trustees’ Association, struggled to express what the practical difference would be between a GSA or a “respecting difference” club, something his group has proposed.

“GSAs are externally developed and they don’t reflect the unique values our Catholic schools are based on,” he said.

But Education Minister Laurel Broten said it well in the Star article on Friday:

…proponents argue that allowing a principal, for example, to refuse to allow an anti-homophobia club to be called a “gay-straight alliance” is in itself a form of oppression that is inappropriate under the spirit of the bill. Broten has said gay students have been more prone to bullying, which is why they get specific mention in the bill.

Previously…
Ontario Poised to Pass Bill Mandating 'Gay-Straight Alliances' be Allowed in All Schools, Including Catholic Ones [tlrd]