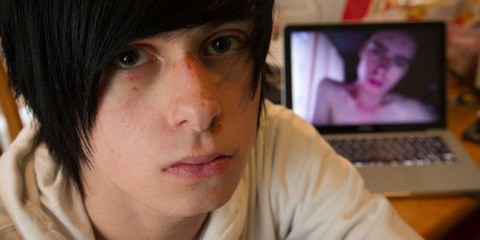 On Wednesday US ambassador David Huebner tweeted that the attack was "unacceptable".

"It's 2012. Not acceptable. Gay teen was called disgusting before being beaten unconscious," he wrote.

Blogger Michael Petrelis, who brought the assault to Huebner's attention, is now trying to bring the ambassador and the people behind the recently launched pro gay rights campaign – WTF – together.

D'Larte uploaded a photo of his injuries to Facebook to draw attention to homophobia and as a reminder to the gay community to be safety conscious.

He has since laid a complaint with police who will be looking at CCTV footage from the area.

The men who attacked d'Larte originally catcalled him because they assumed his longer hair meant he was a girl; when they realized he's in fact a man, the attackers changed their tune.

"It went straight to aggression. They were calling me disgusting – just really homophobic kind of comments," d'Larte said of the incident. He woke up in the gutter 3-hours after losing consciousness.