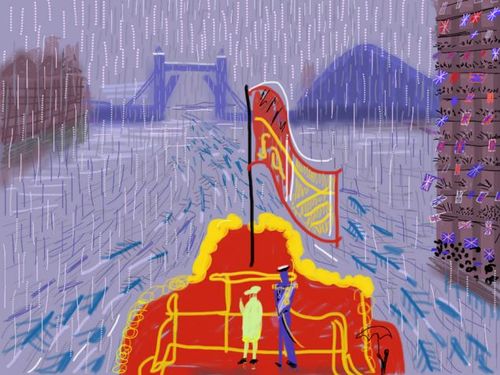 "The last time he was asked to paint the Queen, David Hockney politely declined on the grounds that he was too busy painting her country. But the Jubilee river pageant has prompted the 74-year-old to change his mind and create his first picture of the Monarch. A printed copy of his riverscape – produced using an iPad as he watched the flotilla on television – will be given by the artist to the Queen to add to the Royal Collection, which has portraits dating back to the 16th Century."