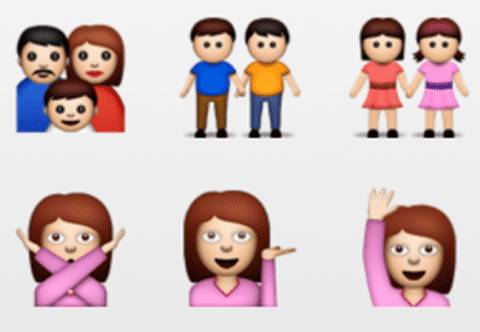 The new version of Apple's iPhone operating system comes with new emojis, the popular emoticons that are often used in texting and email, especially by young kids and nerdy adults like me. Two of these new pictograms represent gay and lesbian couples for the first time.

Gizmodo's Jesus Diaz wonders if these same-sex couples will have babies by the time iOS 7 comes out. And, if so, will anti-gay activists toss their iPhones en masse?