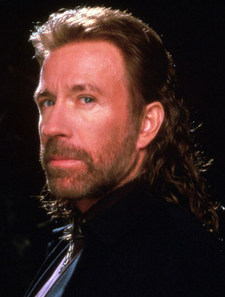 Now actor and right wing activist Chuck Norris is positing another theory: President Obama and his White House are colluding behind the scenes to lift the Boy Scouts’ ban on gay leaders.

In a piece for Ammo Land, Norris — also known the “coolest person,” according to conservative football player Tim Tebow — cites Obama’s close relationship with James Turley, a pro-gay board member at BSA, and other people close to the organization.

“Is it a coincidence that Turley came out swinging against the BSA’s century-old policy to ban gays from leadership and that he has such close affiliations with the pro-gay Obama administration?,” Norris asks, before offering a litany of other allegedly fishy connections between the commander-in-chief and BSA officials looking to lift the archaic prohibition.

Though Andy linked this in the news round-up yesterday, but it’s worth reprinting Norris’ closing argument:

For years, I’ve signed and sent out hundreds of Eagle Scout recognition letters. And I personally have known a host of Boy Scouts, Eagle Scouts and BSA leaders. These individuals epitomize the best of America. Indeed, the BSA is as integral a part of American life and culture as hot dogs, baseball and Grandma’s apple pie.
…
Hasn’t America reached a new low in its history when its president (and the honorary president of the BSA!) distances himself and his administration from the Boy Scouts of America yet invites groups such as the Secular Student Alliance to participate in its faith and college missions?

I can think of some lower points in American history — the Trail of Tears immediately comes to mind — than allowing gay men and women to lead Boy Scout troops.

Chuck Norris should talk to Mitt Romney, who Norris endorsed for President and who has said on the record that all Americans should be able to participate in the Boy Scouts of America regardless of sexual orientation. Hundreds of thousands of Americans have recently signed a Change.org petition and called on an end to the ban including celebrities Josh Hutcherson, Benicio del Toro, Julianne Moore, Joshua Jackson, Kat Graham and Dianna Agron. Celebrities who support gay Americans are enjoying popular careers while Chuck Norris appears to be a fame-hungry has-been with poor research skills.

Tyrrell, meanwhile, had this to say:

Since I was ousted as a scout leader I have been flooded with support from local parents, scouts and hundreds of thousands of Americans. Chuck Norris is clearly out of touch and I’d like for him to sit down with my family and fellow scouting families who support us. My orientation wasn’t an issue in my son’s pack until the Boy Scouts made parents tell their children why their favorite den leader was no longer able to participate. With the U.S. military, the Girls Scouts of the USA, the 4-H Club and the Boys & Girls Club among organizations that allow gay Americans the time is now to end the ban.