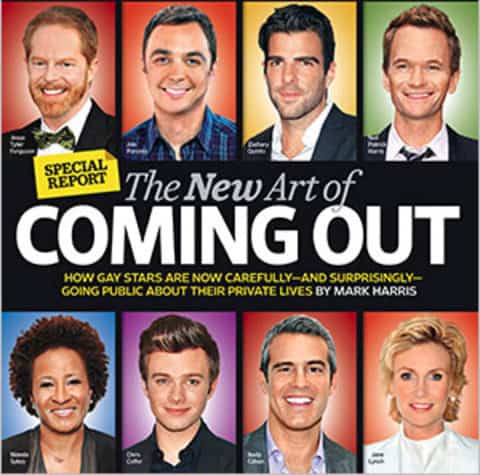 From the New York Observer to Entertainment Weekly, it seems mainstream media is taking a new look at the changing ways people "come out."

As EW argues, coming out is no longer such a big deal. The "news" about someone's sexuality, in their example Jim Parsons, is so "matter-of-fact" and common place that it fails to raise an eyebrow.

More from that cover article's teaser:

Even if it’s accomplished in a subordinate clause or a passing reference, coming out casually is, in its way, as activist as DeGeneres’ Time cover, although few of these actors would probably choose to label themselves as such.

The current vibe for discussing one’s sexuality is almost defiantly mellow: This is part of who I am, I don’t consider it a big deal or a crisis, and if you do, that’s not my problem. It may sound like a shrug, but it shouldn’t be mistaken for indifference.

By daring anyone to overreact, the newest generation of gay public figures is making a clear statement that there is a “new normal” — and it consists of being plainspoken, clear, and truthful about who you are.

And it's only been 43 years since the Stonewall Rebellion.

Previous Post: « Singer Frenchie Davis On Dating A Woman: “I Wasn’t Out Before The Relationship, But I Wasn’t In’
Next Post: Gay NYC Synagogue’s New Look To Be Unveiled Tomorrow »