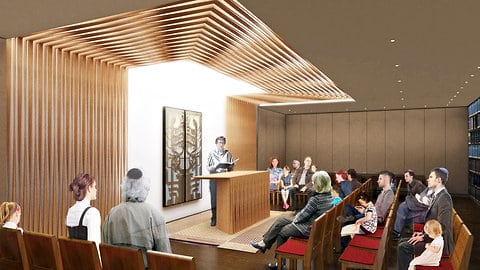 After nearly 40 years, New York City's gay synagogue, Beth Simchat Torah, will soon have a space worthy of its growing congregation, and the designs will finally be revealed tomorrow.

The congregation will occupy a three-level storefront space at 130 West 30th Street, a designated landmark in the garment district. It bought the space as a condominium last year for $7.1 million.

The sanctuary itself will be at the back of the building. With a small balcony, the hall will hold about 290 people. They will face a roughly textured cast concrete wall that is gently canted outward to capture daylight coming into the building’s rear yard. The ark will occupy a large niche that appears to have been carved out of the wall.

Beth Simchat still has about $17 million to raise for the project, but before that, you can take a look at the proposed designs, including a computer animated version of the synagogue's activist Rabbi, Sharon Kleinbaum, AFTER THE JUMP. 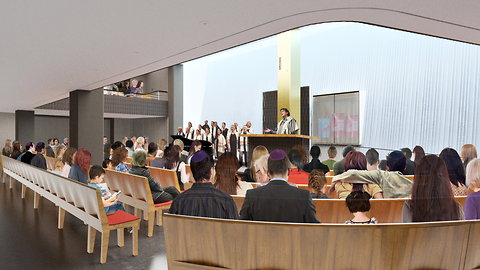 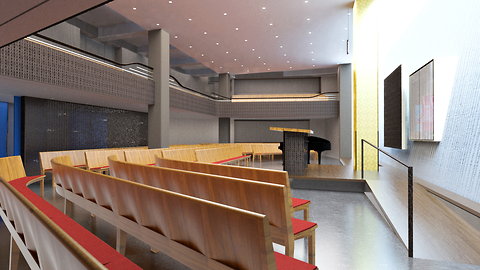 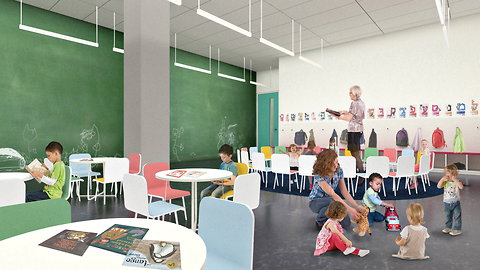