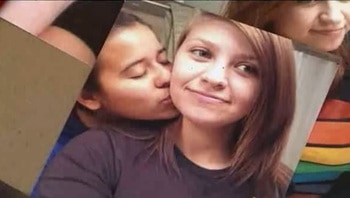 Olgin was pronounced dead on the scene; Chapa survived a gunshot wound to the head and is recovering in a nearby hospital.

The women had been together for only five months.

Though it is unclear whether this shooting was a hate crime, Michael Diviesti, co-state lead organizer for the group, described the crime one "against humanity." "For that reason alone," he said, "we must stand up as humans [and] support all who are in mourning. When something like this happens to one of us, it happens to all of us."

Diviesti's co-leader, Jay Morris, remarked, "It's during these trying times that the LGBTQ populace must set aside our differences and unite as a community in order to heal the wounds inflicted on us by the intolerant."

There will also be candlelight vigils in San Francisco — organized by Cleve Jones and to be held in Harvey Milk Plaza at 7pm this evening — and Washington DC, where supporters will gather in DuPont Circle at 6pm on Friday night.

Police have yet to question Chapa and no arrests have been made.