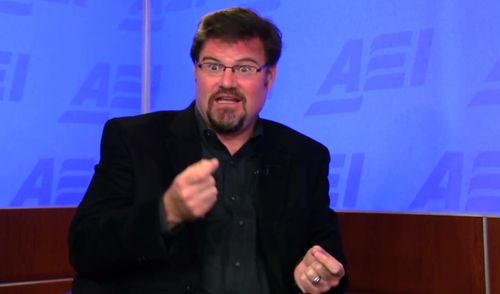 Here is a petition from a man named Matt Renner, written, it seems, on behalf of a man named Jamie Kilstein, who wants to box with Jonah Goldberg.

You know Jonah Goldberg. He's the conservative bomb-thrower who wrote Liberal Fascism, and introduced into popular discourse the interesting but totally wrong-headed argument, later popularized by Glenn Beck, that Nazis are really liberals. His most recent book is The Tyranny of Cliches.

Anyway: Jonah Goldberg was at the American Enterprise Institute last week, lamenting Nixon's and the Supreme Court's granting of the vote to 18-year-olds, whom Goldberg believes are too stupid to use it competently. Goldberg made this comment:

The fact that young people think socialism is better than capitalism, that's proof of what social scientists call their stupidity and their ignorance and it's something that conservatives have to work harder to beat out of them, either literally or figuratively as far as I'm concerned. 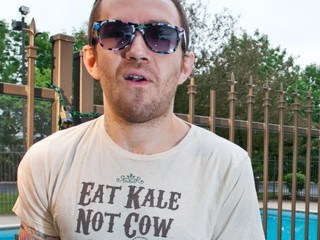 You might say: Wait! Aren't there a lot more young Republicans and centrists and ordinary liberals than there are young socialists? And you'd be right. But never mind that: Jamie Kilstein is a young socialist, and he's more than willing to let Goldberg beat the socialism out of him. Which is why he started the above petition. He wants Goldberg to box with him, in a regulation boxing match, for an as-yet-undetermined amount of internet-raised cash, after which the prize money shall be disbursed to the charity of the victor's choosing.

It should be noted: Kilstein is a self-described "skinny" Brooklynite vegan, weighing in at an unimposing 145 pounds. Goldberg is a large, if somewhat amoebic, omnivore.

Here's that petition again. AFTER THE JUMP, see Goldberg grousing about suffrage for 18-year-olds.