To celebrate Pride 2012 and to honor the great civil rights and political successes we have earned recently, I would like to offer a series of columns on the lawyers, advocates, scholars, and individual leaders who have sacrificed so much, developed novel legal arguments, and won the legal victories upon which we stand today. It is impossible to include everyone; a entire life's work would fail to honor all of our forefathers. But these few representatives symbolize the contributions of the greater whole: a group of men and women, young and old, who have sacrificed so that we can live a life of freedom today. Today, the child plaintiffs. 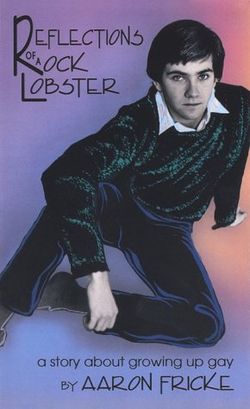 Aaron Fricke and Jamie Nabozny came out before most of us did, became standard bearers of LGBT honor and equality, faced burdens that no one should, and sacrificed childhood frivolity for a witness chair. They are the boys who would be men, the children who took on adult responsibility to fight back against unparalleled brutality and anti-gay censorship, respectively. And, while LGBT youth are still being bullied into depression and suicide and while students are still not always given the freedom to engage in affirming, pro-equality speech in schools, Aaron and Jamie deserve our thanks for taking the steps few of their peers would.

Aaron (who wrote a memoir about his experiences using an homage to the classic B-52 song, "Rock Lobster") took his principal to court in 1979 when the administration refused to let him bring a boy as his date to the school prom. In an era of sodomy laws, continued raids on gay establishments, and anti-gay censorship, Aaron accepted oppression no longer.

With the help of the Gay & Lesbian Advocates and Defenders (GLAD), Aaron challenged the public school's refusal to allow him to attend prom with a same-sex date on free speech grounds and won (Fricke v. Lynch (D.R.I. 1980)). 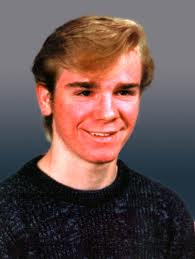 Jamie also won his case, but his story is nothing if not tragic.

Throughout middle school and high school, Jamie was subjected to endless anti-gay verbal and physical abuse by fellow students at his public high school in Ashland, Wisconsin. His tormentors urinated on him, performed a mock rape on him during class and in front of an approving teacher, and attacked him so brutally one morning that he required hospitalization. School officials new about all of this, yet refused to do much of anything; at one point, Jamie's principal said that Jamie should "man up" and that Jamie should expect the abuse because of his sexual orientation. Jamie attempted suicide three times, dropped out of school, and escaped his abuse by going to live with a relative in another state.

The documentary Bullied is about Jamie's case. He sued his Ashland, Wisconsin school, claiming it was a violation of his civil rights for school officials to willfully ignore his plight. He lost at the district court level, but thanks to Lambda Legal, Jamie won a precedent-setting victory at the Seventh Circuit and a nearly $1 million settlement (Nabozny v. Podlesny (7th Cir. 1996)).

Aaron's and Jamie's cases are quite different: Aaron's principal, though closed-minded, never condoned nor actively supported violence against Aaron, whereas Jamie's principal and teachers did. However, by refusing to permit Aaron to express his identity, Aaron's principal validated Jamie's tormentors and their conduct. Both villains felt there was something wrong with being gay and something worse about expressing it. Aaron and Jamie refused to accept this hatred, and every proud out gay teen relies on the legal precedents set by Aaron, Jamie, and their lawyers.

Fricke is a fascinating case that pops up in most, if not all, gay rights classes in law school. Its underlying claim — that the act of bringing a same-sex date to a school prom is a form of symbolic speech and should be protected as such — was groundbreaking and novel. The argument is also ironic: the only reason why the intimate act of a date can be considered symbolic speech on a topic of great public importance, and thus constitutionally protected, is because conservative resistance to gay equality pushed everything about homosexuality into public debate.

In any event, Fricke challenged a school's decision to limit pro-gay speech because of threats of violence. The principal had refused Aaron's request to bring a same-sex date because of the "real and present threat of physical harm to [Aaron], [his] male escort and to others." But, the court rejected that view because it would give homophobic and hateful students a "heckler's veto" over otherwise permissible speech. A "heckler's veto" is just what it sounds like; it occurs where the government censors a speaker based solely on the perceived or expected reaction of the listener, and it is almost always an unconstitutional reason for censorship.

The court found that bringing a same-sex date to prom was an act of symbolic speech, or nonverbal actions that are purposely meant to convey a message. Here, the message was gay equality, the legitimacy of homosexuality, the freedom to love whom you choose, and the freedom to be out and proud in a public school, to name just a few of the possible messages conveyed by Aaron's date. The legitimacy of Aaron's symbolic speech was not analyzed through the lens of Tinker v. Des Moines, the seminal 1969 student speech case that required schools to protect student speech unless it causes a "material and substantial disruption" to school activities. Rather, the Rhode Island district court looked at Aaron's claim through United States v. O'Brien, a 1968 draft card burning case that was the leading authority on symbolic speech.

O'Brien had burned his draft card to protest American involvement in the Vietnam War in violation of a federal law that criminalized draft card burning. The Warren Court recognized that O'Brien's conduct has expressive elements, but affirmed O'Brien's conviction because the government had a substantial interest in preserving draft cards and the law was directly tailored to that end.

Regular Towleroad readers will notice a form of heightened or strict scrutiny in this analysis. So, any restriction on symbolic speech would be unconstitutional if there was some less restrictive alternative to the censorship. In Fricke, the court saw a plethora of such alternatives. If the principal was worried about violence, he could have beefed up security and, for that matter, could have investigated what kind of violence could erupt, something the school could not articulate at trial. Aaron was able to attend his prom with his boyfriend, a happy ending indeed.

When it comes to same-sex prom dates, Fricke is still good law, though some scholars wonder how Fricke fits into the Supreme Court's student speech cases from Tinker in 1968 to more recent cases involving lewd or drug-related speech in schools. Still, Fricke has been cited in challenges to school policies as far away as Utah and Mississippi and, in most cases, public schools back down, permit gay students to bring same-sex dates to prom, and the world goes on spinning. 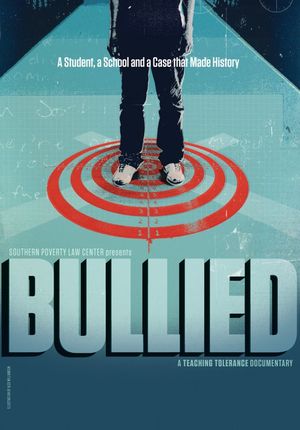 For his victory, Jamie Nabozny had to suffer through much more than the few heckles Aaron got at his prom. Jamie attended a school that either condoned his abuse or willfully turned a blind eye to it. The unimaginable cruelty his peers showed him may make you cry, but the deafening silence from his teachers should make us all angry.

Lambda Legal took Jamie's case to the Seventh Circuit Court of Appeals in Chicago, arguing that by refusing to protect Jamie while knowing about his harassment, school officials violated Jamie's civil rights. Jamie and Lambda won a landmark case that still governs how schools have to respond to known cases of anti-gay harassment and bullying.

Jamie's claim alleged that school administrators denied him equal protection of the law by failing to extend the same kind of antiharassment protection they extend to other students simply because of his gender and sexual orientation. On appeal, the Seventh Circuit found that although the school stipulated that it had a commendable record of enforcing antiharassment policies, it clearly did not do so in Jamie's case. And there was strong evidence suggesting that this disparate treatment was based on Jamie’s sex.

That Jamie's principal responded to a mock rape of Jamie by stating "boys will be boys" suggests that she dismissed the incident, in part, because both victim and perpetrator were males. The court found "it impossible to believe that a female lodging a similar complaint would have received the same response." As to Jamie's sexual orientation claim, the court found that the administrators' comments that Jamie should expect to be assaulted because he is gay or openly gay sufficiently proved that Jamie was treated differently because of his sexual orientation.

We may recognize some of these arguments in today's debates over Title VII — the law that bans workplace sex discrimination — and its sister statute, Title IX — the law that bans sex discrimination in schools. Nabozny may stand for the proposition that a school's refusal to address anti-gay harassment constitutes both discrimination on the basis of sex (which could be a violation of Title IX) and discrimination on the basis of sexual orientation (which could be a violation of the Equal Protection Clause). Though it is difficult to replication Jamie's and Lambda's success (it was, after all, a particularly egregious case), the precedent set in Nabozny is protecting LGBT youth from the same horrors Jamie had to face alone.

This last year, brave young men and women like Maverick Couch and Kearian Giertz have come forward to challenge their schools' censorship of pro-gay, identity-affirming expression. Parents and students, with the help of organizations like the Gay Lesbian Straight Education Network (GLSEN) and the Human Rights Campaign (HRC), are bringing unprecedented attention to anti-gay harassment in schools and helping to write LGBT-inclusive anti-bullying policies. None of that could have been possible without Aaron and Jamie, grabbing the mantle of leadership and making the sacrifices necessary so what happened to them never happens again.