The International Olympic Committee is responding tepidly to growing calls for action against anti-gay nations applying to compete in the Olympic Games as London 2012 approaches. 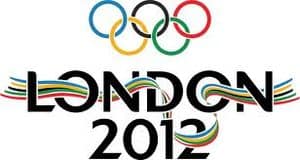 In late May British human rights lawyer Mark Stephens wrote an article in the UK Guardian calling on the IOC to penalize countries that criminalize homosexuality:

[Stephens] called on the IOC to ban the roughly 75 countries – mostly from Africa, the Caribbean and the Islamic world – that outlaw homosexual activity. That demand has been embraced by Peter Tatchell, a leading British gay-rights campaigner, and has prompted several human rights organizations to say the IOC should at least speak out, even if a ban at this stage is unrealistic.

Stephens ended his article with three "exhortations" calling on gay athletes to come out, seek asylum if they feel endangered in their own nations, and for the IOC to ban countries that criminalize homosexuality:

The first is to LGBT athletes. You are the only ones who have the glare of attention that can be used to effect real change. If you feel safe to do so, come out and make a visible, memorable, courageous gesture for LGBT rights. Show that you are proud to be LGBT, just as Smith and Carlos were proud to be black.

The second is to the LGBT athletes who don't feel safe – and there must be many of you. I invite you to apply for asylum in this country on the grounds that you will face persecution at home if you are open about your sexual identity. Our supreme court has recognised, in HJ (Iran) in 2010, that a person cannot be asked to conceal their true sexual identity in order to avoid persecution. The court held that people must be allowed to live their lives free from the fear of serious harm coming to them as a result of their sexual identity. No one would consider it acceptable for a straight person to have to hide his or her identity: the same applies to LGBT people. LGBT athletes from the 84 criminalising jurisdictions should use this case to apply for asylum in the UK when they arrive for the Games in July.

Finally, to the IOC Committee. I implore you to ban countries where homosexuality is criminalised from competing in the Olympics. The Games are a valuable way of protecting human rights and promoting equality, a principle enshrined in the Olympic Charter itself. To distinguish between racial apartheid in South Africa, gender apartheid under the Taliban and the criminalisation of consensual sex between adults of the same gender is artificial. Countries that sanction such discrimination, and the violence that goes with it, should not be allowed to compete. Far from bringing politics into sport, this step would fulfil the values of the Olympic Charter.

Pressure has stepped up since Stephens' article was published but the IOC has so far only issued a meaningless blanket statement:

IOC spokeswoman Emmanuelle Moreau, asked about the appeals, noted that the Olympic Charter "clearly states that any form of discrimination with regard to a country or a person on grounds of race, religion, politics, gender or otherwise is incompatible with belonging to the Olympic Movement."

Moreau gave no indication if the IOC would do anything to raise the particular issue of anti-gay laws and discrimination among its member nations.

"They're abdicating the responsibility that comes with the power they have. Where is that bold, progressive Olympic movement that sees great injustice in the world and says, `Whatever the risk, we won't let people who violate our tenets join us."

Previous Post: « Legalizing Gay: The Child Plaintiffs
Next Post: Does It Matter If the Israeli Gay Soldier Photo Was Staged? »