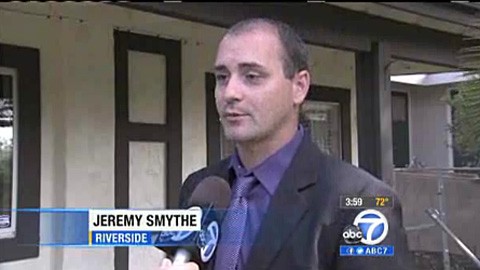 Jeremy L. Smythe and Daniel Soto, a gay Riverside, California couple, have filed restraining orders against two employees at Lowes after they said they were threatened by employees Andy Olague and Frank Villa when they came in accompanied by their teen son to complain about a product. 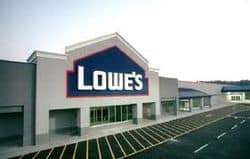 Smythe said he approached the customer service counter and said he wanted to return the product, saying it wasn't working well. When he told the clerk he didn't have a receipt, but that it was likely under his Lowe's account information, for some reason the clerk became angry and annoyed.

"He says, 'Just so you know, if you'd read the [expletive] directions, you would see that you have to charge it for 12 hours to make it work correctly,'" Smythe said.

Smythe says he responded with, "Don't talk to me like that, I'm definitely not the one to talk to like that."

But the Lowe's employee only grew more hostile, allegedly making anti-gay slurs. According to Smythe, the clerk then said, "I'll beat your [expletive]. I'll say what [expletive] I want."

Smythe admitted firing back at the cashier at that point, saying, "No wonder you haven't been promoted." And that was when he says the cashier tried to attack him and had to be restrained by the assistant manager while saying, "I got your address, I got your phone number, I'll be at your house."

A rally at Lowes has been organized:

Jeremy Smythe, of Riverside, said the protest against the Lowe’s at 9851 Magnolia Blvd. has now been scheduled for 1 p.m. next Saturday, June 30, to allow more people to participate. The protest had been originally scheduled for Sunday, five days after Smythe and his domestic partner, Daniel Soto, say employees called them anti-gay slurs and had to be physically restrained by store managers.