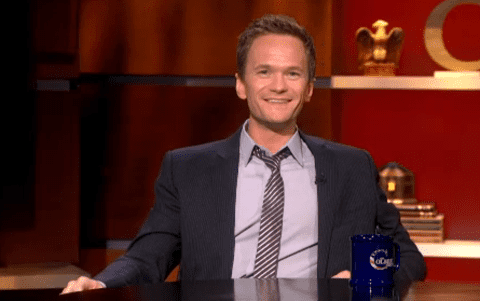 But of course the conversation veered away from the topic at hand and into all sorts of realms, including why Colbert finds Harris to be a threat — “You make being gay not seem threatening” — and the difference between straight and gay vernacular.

For example, straight folk apparently say “right on” (a phrase I personally adore) and gay folk say “Damn Skippy,” a phrase I had never heard before and suspect NPH invented on the spot. Or maybe Harris and Colbert exist in a parallel linguistic dimension?

Judge for yourself AFTER THE JUMP.