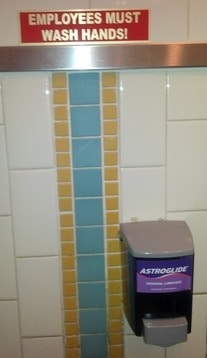 The Good Stuff diner in Chelsea apparently has an AstroGlide dispenser. Does this make it more or less appetizing?

Gay gamers will be out in full force during Toronto's gay pride parade this weekend to fight what they say is an increasingly anti-gay video game community: "As the audience for games grows wider, there’s a hostile and deeply conservative reaction to it opening up."

In honor of Magic Mike, a collection of male stripper clips. (Some of the videos, as you can imagine, are not so friendly for work.)

Congratulations to Adele and boyfriend Steve Konecki, who are expecting their first child. "I’m delighted to announce that Simon and I are expecting our first child together," Adele wrote on her website the 24-year-old singer wrote on her official website. "I wanted you to hear the news direct from me, obviously we’re over the moon and very excited but please respect our privacy at this precious time."

Speaking of Adele, here's "Rolling in the Deep," doggie style. 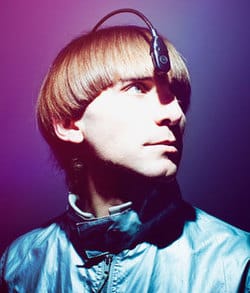 This is incredible: color blind artist Neil Harbisson uses a prosthetic eyepiece to convert hues into sound. "This gadget detects the light’s hue, and converts the light into a sound frequency that I can hear as a note [wavelength is inversely proportional to frequency so it can easily convert the wavelength of the light into a sound frequency]," he said. "It also translates the saturation of the colour into volume. So if it’s a vivid red I will hear it more loudly."

Lauryn Hill appeared in court today to fight her tax evasion charges. Apparently the singer is not aware that simply disagreeing with government policy is not a valid reason to not pay said government.

How to cure a hangover – with science!

As Pentagon celebrates pride, a gay soldier tells his tale.

DC prosecutors are preparing a plea deal for the three people accused of stabbing a 16-year old during a hate crime this week. 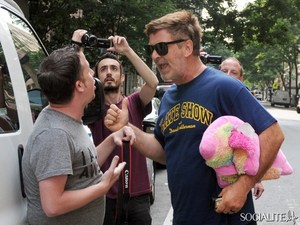 30 Rock actor Alec Baldwin went off on another photog today. Those pictures will make photogs a mint, no doubt.

Jamal Brown, 26, discusses how racism stopped him from coming out to his mother.

Previous Post: « That’s That: Tom Cruise And Katie Holmes Call It Quits
Next Post: Towleroad Guide To The Tube #1156 »