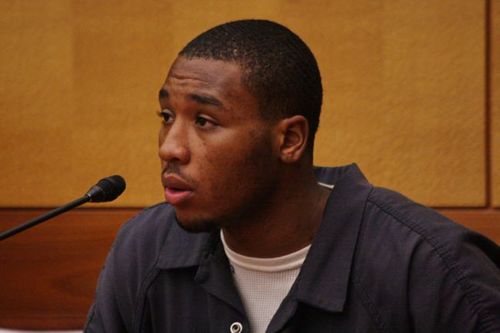 Project Q Atlanta has a report on the hearings of three men facing up to 75 years in prison for the brutal February attack on Brandon White outside a grocery store. 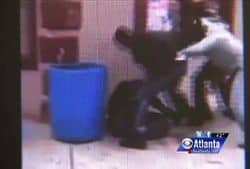 Dorian Moragne was the only attacker who testified:

“This ain’t what y’all portraying it to be. This ain’t California. We don’t have a history of beating up gay people. All of this stuff you are putting on the media to say we beat gay people so you can pass a law,” he added.

Moragne also suggested in an exchange with Banks that White said something to Cain and that prompted the attack. Cain was the first to hit White after his attackers waited for him outside the grocery store.

“Did Brandon say something to Cain,” Banks asked.

“From what everyone was saying, he did say something,” Moragne said. “I was being stupid, I was being a follower. I was wrong for what I did.”

Moragne continued by attempting to undercut the seriousness of the attack: “I barely hit him. I was wrong for hitting him but I didn’t hit him to the point of killing him. I was just being young and dumb.”

Banks retorted by asking Moragne if he threw a tire on White.

“Did you throw a tire on him?”

Revisit the video of the attack HERE.