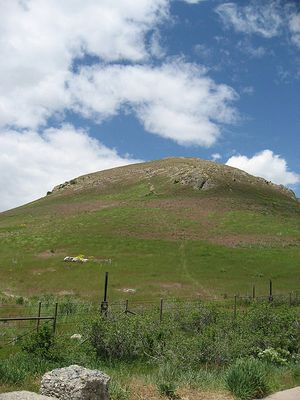 Yesterday afternoon, roughly 150 Latter Day Saints publicly resigned en masse from their church in Salt Lake City. The defectors ventured from Utah, Idaho, and Arizona to convene in a public park and tender their formal letters of resignation, which they gathered in a large basket to be mailed to LDS HQ by one of their soon-to-be-ex-co-religionists. They they hiked from the park up to Ensign Peak, where Brigham Young stood 175 years ago to gaze down at the place where he'd soon build a city. Once there, the defectors hugged and laughed and cheered, and yelled: "Freedom!"

The reasons for defection were numerous. From Reuters:

Among the reasons cited by those resigning are the church's political activism against gay marriage; doctrinal teachings that conflict with scientific findings or are perceived as racist or sexist; and inconsistencies in the church's explanation of its own history, including the practice of polygamy.

The church, which renounced plural marriage over a century ago as Utah was seeking statehood, often downplays the prevalence of the practice by early faith leaders, including Smith, who some scholars say was married to more than 30 women.

But it was in fact polygamy that John Larsen said began him on his journey out of the church. When doing research on the Larsen family tree, he was disturbed to find that a female ancestor had married Smith, likely while she was still married to another man, he said.

Zilpha Larsen said her questions began when she discovered that the veracity of an allegedly accurate translation of ancient Egyptian writings that were included in sacred Mormon texts were in doubt. "Once you start doubting one thing, then everything becomes suspect," she said.