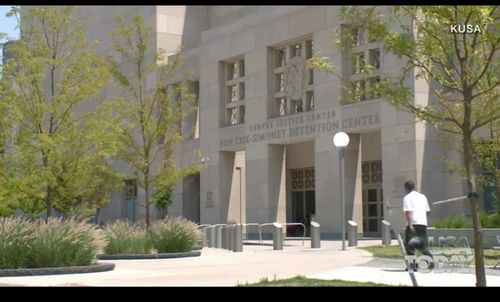 The Denver Sheriff's Department this week rolled out a new set of guidelines for dealing with gender-variant inmates. It's a long and subtle document that in no way qualifies as riveting reading. But it's heartening.

The new Denver policy is designed to help law enforcement account for a wide variety of factors when determining where to lodge newly-arrived inmates — and, acknowledging the vastness of the gender spectrum and the confusion that may arise from trying to locate individuals upon it, designates a 72-hour interregnum during which inmates may be placed in "Administrative Segregation" while something called the "Transgender Review Board" meets to discuss the inmates' accommodations.

People behind this policy say it's about basic human rights …

"It's very much about equality," said Courtney Gray with the LGBT Community Center of Colorado. "It's about respecting people, although someone may have broken the law."

Gray says more than one in five transfolk who interact with law enforcement report experiencing harassment, and more than one in three who spend time in jail are harassed or threatened by their fellow inmates. The Denver Sheriff's Department reports that it "deals with" one to three trans inmates each month. 'Til now, those inmates have been placed on "23-hour lockdown" for their own protection — a practice which is not only isolating, but has become prohibitively expensive. The new policy will save money, while hopefully providing transfolk a less traumatizing experience in jail. From News9:

"In the State of Colorado, I would say it's very unique," Denver Undersheriff Gary Wilson said. "We believe it was important for us to not just protect the persons from physical harm but also from psychological harm while they're with us inside the jail."

See New9's coverage of the policy change AFTER THE JUMP …