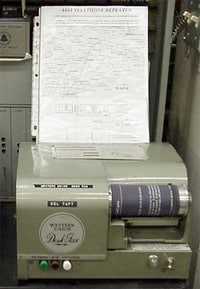 Like their ideological counterparts here in the States mulling a David v. Goliath-type movement against Google, Russian conservatives are calling on a nation-wide ban on Facebook after the tech giant unveiled relationship icons representing same-sex marriage. But the activists, mostly from the Russian Orthodox Church, don't call the icons "icons;" they call it "gay propaganda" and "flirting with sodomites."

From the government-backed RT.com:

Russian religious activists have demanded Facebook be banned in the country over “gay propaganda” among minors and have launched a campaign to criminalize homosexuality.

In response [to the icons], an Orthodox community in the city of Saratov, southern Russia, issued an ultimatum demanding that Facebook stop “flirting with sodomites” and remove all content promoting homosexuality.

The activists sent a fax to the international network’s office in Russia and gave the company 24 hours to fulfill the demands. If Facebook does not comply, they threatened to sue internet service providers who give users access to Facebook content.

They sent a fax, clearly unaware that even the fax machine is on Facebook.