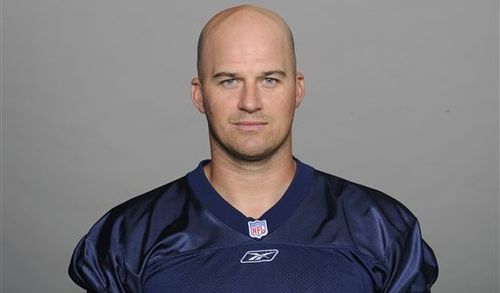 Outsports' Cyd Zeigler shares a conversation he had with Tennessee Titans quarterback Matt Hasselbeck on the red carpet at the ESPY Awards on the topic of openly gay players in the NFL.

Hasselbeck says that when former Titan Wade Davis came out last month, his teammates discussed it:

He adds: "The question did come up, well, what about in the shower? And those are tricky, delicate issues. But so are female reporters in the locker room. There’s rarely a clear, black and white answer on a lot of tricky issues. But I think, at least for the three quarterbacks in our room, it was kind of a shrug, yeah, so what?"

Hasselbeck also said it would be "brave" for an active player in the NFL to come out, but says it wouldn't faze him.

Hasselbeck is the brother of Tim Hasselbeck and brother-in-law to View co-host Elisabeth Hasselbeck.