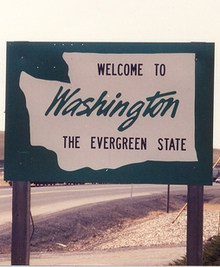 We knew that the anti-gay marriage movement in Washington State was struggling to raise money, but the numbers are even more dismal than expected.

According to NWCN, the right wing group Preserve Marriage raised only $17,000 in the month of June. Washington United for Marriage, the group hoping to maintain the state's marriage equality, raised a little over $900,000 during the same period, thanks in large part to Microsoft executives Bill Gates and Steve Ballmer. WUM has raised a total over $2 million.

In contrast, Preserve Marriage has scraped together a total of $140,000, but chairman Joseph Backholm says they expect to raise $4 million before November.

While that goal sounds far-fetched, the National Organization for Marriage and other conservative groups have vowed to get in on the fight, a tag-team that may upset the balance a little.