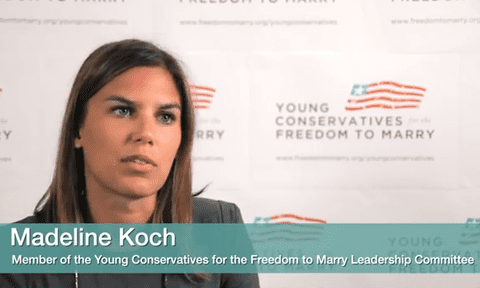 The new group Young Conservatives for the Freedom to Marry this week released a video in which members tell their ideological peers there’s nothing “incompatible” between conservatism and equality.

“Supporting the freedom to marry should not be a partisan cause – rather, supporting marriage is in line with basic conservative values of responsibility and community, as well as limited government and individual freedom,” reads an accompanying YCFM press release. “Members are working to encourage more conservatives to stand up, speak out and support the freedom to marry by joining and adding new perspectives and experiences to the national conversation about marriage.”

Watch some of the organization’s committee members, including well-known marriage activist Madeline Koch, tell their tales AFTER THE JUMP.