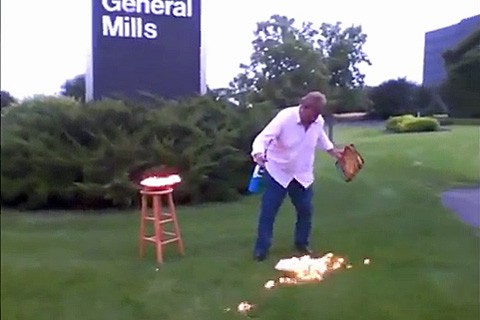 Michael Leisner, the man who lit General Mills' lawn on fire in a bungled protest of the company's stance supporting marriage equality, died on Saturday, the Star Tribune reports:

Leisner posted video of his act online, with it showing him scrambling to stomp out the flames before he hurriedly instructs his off-camera friends to get in the car. The video made its way onto cable television's "The Daily Show" and "Chelsea Lately."

Denyes said that while he didn't know Leisner well, he added that what the nation has seen in the video "doesn't accurately reflect who he was as an individual. He was a very loving and caring father of his four children, a loving husband and he seemed to get along with other people."