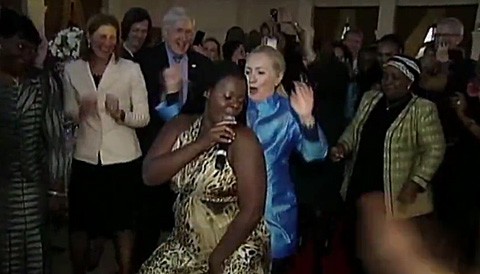 Secretary of State Hillary Clinton was in South Africa last night on an 11-day tour to seven countries. Here's an awesome video making the rounds of Clinton getting down at a dinner hosted by South African Foreign Minister Maite Nkoana-Mashabane.