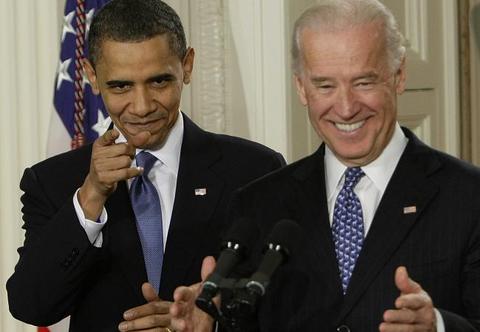 In addition to including marriage equality in their official policy platform, the Democratic Party is also throwing their collective weight behind an Employment Non-Discrimination Act that protects all LGBT people.

And as seen in the wording, again obtained by BuzzFeed’s Chris Geidner, the president’s peers are framing the issue as not only one of equality, but economics:

We know that putting America back to work is job one, and we are committed to ensuring Americans do not face employment discrimination. We support the Employment Non-Discrimination Act because people should not be fired based on their sexual orientation or gender identity.

President Obama and the Democratic Party are committed to ensuring all Americans are treated fairly. This administration hosted the first-ever White House Conference on Bullying Prevention and we must continue our work to prevent vicious bullying of young people and support LGBT youth.

The President’s record, from ending “Don’t Ask, Don’t Tell” in full cooperation with our military leadership, to passing the Matthew Shepard and James Byrd Jr. Hate Crimes Prevention Act, to ensuring same-sex couples can visit each other in the hospital, reflects Democrats’ belief that all Americans deserve the same chance to pursue happiness, earn a living, be safe in their communities, serve their country, and take care of the ones they love.

Meanwhile, HRC President Chad Griffin this afternoon urged the Democrats to officially adopted the proposed language on marriage equality. “Marriage equality has quickly become a mainstream American value and it’s a sign of the times that the Democratic Party has included language affirming the ability of gays and lesbians to marry in its draft platform,” he said. “We encourage the Platform Committee and the delegates to the convention to adopt this strong statement that all loving and committed American families deserve equal treatment.”

Previous Post: « Madonna In St. Petersburg: ‘Show Your Love And Appreciation To The Gay Community’ – VIDEO
Next Post: Roseanne Barr’s Love Life Is Not Like Those Of Her Gay Siblings: VIDEO »