Mel Heifetz, a 76-year-old longtime donor to LGBT causes, who last year interfered with the City of Philadelphia's settlement with the Boy Scouts over the rental of its headquarters by putting in a $1.5 million bid for the property, has made a $1 million contribution to Priorities USA, and writes a piece in the Huffington Post because people are talking about it and Heifetz wanted to explain it in his own words: 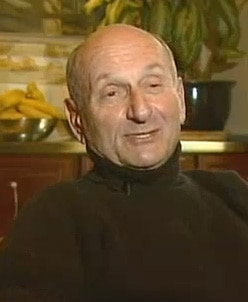 Call it giving back. Call it paying it forward. What I know is I'm 76 years old, I probably don't have too many big elections left in my lifetime, and I have no reason to hold back now. People I admire like Bill Maher and Morgan Freeman have given significantly so why shouldn't I? Whatever I might want to contribute in the future, the future is now — and I refuse to sit this one out as some try to take us back with policies that will weaken the country I love and have
fought for all my life.

As a gay, man, I have lots of political issues that are personal when I look ahead to the November elections. One issue alone — Gov. Romney's support for a federal marriage amendment — is as insulting as it is harmful, most especially for gay and lesbian couples of my generation. Romney will take us back to the 1950s. And yet, what motivated me wasn't just one issue. I knew that, if I held back now and failed to help re-elect President Obama, I would regret it for the rest of my life. The urgency of donating in future years will be wasted if we don't get President Obama re-elected this year.

Do I think that that $1,000,000 was wisely spent? Yes, I do. Do I want everyone to do what they can to help President Obama win? Yes, I do. Would I like others to do what I did — especially those who have a lot more zeroes in their bank accounts than I do? Absolutely.

Read his full statement at HuffPost.