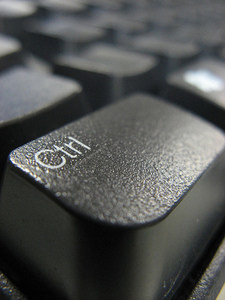 A group of German researchers at the University of Bonn recently surveyed 843 people and, after conducting DNA tests of those who said "all their thoughts revolve around the Internet", found that addiction to the internet is possibly linked to a genetic mutation.

Their findings, published in the September issue of Journal of Addiction Medicine, showed problematic users more often carried a variation of the CHRNA4 gene, which is typically linked to nicotine addiction.

"What we already know about the nicotinic acetylcholine receptor in the brain is that a mutation on the related gene promotes addictive behaviour," said the study's lead author, Christian Montag from the Department for Differential and Biological Psychology at the University of Bonn.

Nicotine from tobacco fits – just like acetylcholine, which is produced by the body – like a key into this receptor. Both these neurotransmitters play a significant role in activating the brain's reward system.

The study shows that internet addiction is more prevalent among women, but previous examinations suggested the opposite, so the team plan on doing some more research.