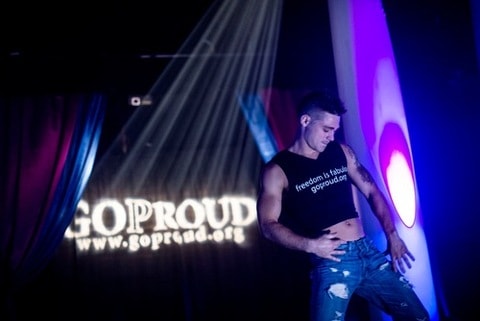 Sure, the Republican Party at large does not support its gay and lesbian followers, but at least same-sex loving conservatives got some love at the convention, and from an unlikely source: Amy Davidson at The New Yorker.

After surveying the doom and gloom being broadcast out of Tampa, Davidson found only a few shiny, lovely things among the GOP convention’s many trappings – and gay group GOProud’s annual “Homocon” made the cut:

From “Four Shiny Things In Tampa”:

1. The mini-disco-ball keychains at GOProud’s Homocon.
There were bowls full of them, party favors at a bar called the Honey
Pot in Ybor City, at a celebration that lasted until after 2 A.M. and included both convention delegates and journalists, club dancing and Grover Norquist.

Questions raised: Is GOProud, which works on gay rights from
a conservative direction, making progress within the party? Is this a
sign that the G.O.P.’s libertarian faction is still strong—or that,
after hours of speeches, some people just want to dance?

Looking at the level of discrimination written into the GOP’s platform, I’m guessing GOProud is not “making progress”. And considering The New York Times‘ report on Homocon, I suspect that there wasn’t even a collective Republican urge to dance: “Many in the crowd were not Republicans or Romney backers. The founders’ remarks were sometimes drowned out by jeers from supporters of Representative Ron Paul and President Obama who were gathered at the back bar.”