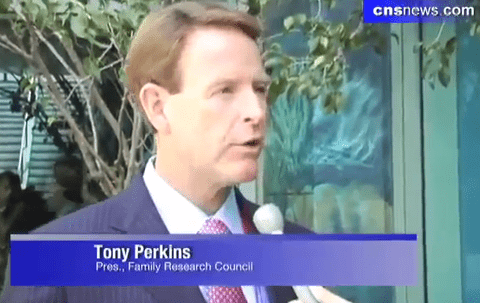 Conveniently ignoring national polls showing a majority of the nation supports marriage equality for same-sex couples, Family Research Council president Tony Perkins claims the Democratic Party, in contrast to the GOP, is aligning itself with a “small minority” of people who back same-sex nuptials.

Watch video of Perkins’ remarks, via On Top, AFTER THE JUMP.