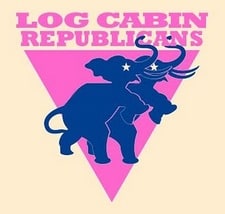 The Log Cabin Republicans believed their presence at this year's GOP national convention would help move their party toward equality. They, as many predicted, were wrong, because the Republican platform is just as discriminatory and hateful as ever.

"The platform affirms the rights of states and the federal government not
to recognize same-sex marriage," reads the party manifesto. "It backs a constitutional amendment defining marriage as the union of one man and one woman."

Now that their dreams have been dashed, Log Cabin leaders are lashing out at the GOP for its completely unsurprising bigotry. "The platform is ugly and harmful," the group's director of programs, Casey Pick, told NPR.

Pick also says that social conservatives' tenacious commitment to discrimination was only bolstered by her and her colleagues' involvement. "We lost," Pick said. "And you could say the social conservatives in our party dropped the hammer harder because we were there."

Or you could say that LCR were on a quixotic mission to nowhere.