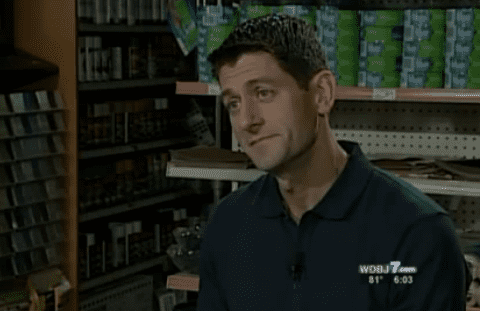 Rather than conducting a traditional interview with Paul Ryan, journalist Orlando Salinas from Roanoke, Virginia's WDBJ used his limited time to play a little game of word association with the vice presidential candidate. It's a pretty telling exchange.

So, what does Ryan think of when he thinks of Chick-fil-A, the chicken franchise whose chief executive thinks marriage equality will come with a side of God's wrath?

Ryan also said, when prompted with "United Nations", that the U.S. government is "outsourcing" its international power. As for "global warming," Ryan's free association produced this assertion: "All the solutions that people like Barack Obama are trying to impose on the American people, cost us jobs, make us less competitive and I think there's a big debate about the scientific veracity of some of the solutions or so-called solutions."