Representative Paul Ryan (R-WI) is an affable, smart, and dedicated conservative who used the benefit of his innate intellectual talents and his safe seat in Congress to propose a budget — the now "Romney/Ryan Budget" — that aims to attack the nation's impossibly high debt. Though you may disagree with his particular policy proposals, that Mr. Ryan proposed a game-changing budget is a good thing: We need to start having serious conversations about tax and entitlement reform. But, if we settle for the pablum coming from the talking heads on the left and right, we don't get the full picture of the sociological significance or Mr. Ryan's selection, especially in the field of gay rights. 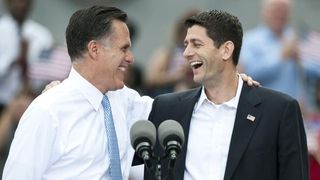 Mr. Ryan's selection as Mitt Romney's running mate is, in fact, a great sign of our nation's progress on gay rights. Most progressive media outlets are salivating over Mr. Ryan's controversial budget, his "radical" political ideology, and his anti-gay and anti-women votes (he voted for the Employment Non-Discrimination Act (ENDA), but first tried to kill it), suggesting that he will be a lightning rod that galvanizes progressives, crystallizes the line of attack against Mr. Romney, and propels President Obama back to the White House.

But, Mr. Romney's choice shows that not only does he want this entire election to be about the economy, but that he realizes the only way today's arch-conservative Republican Party can win is by hiding its arch-conservative views on social issues, in general, and gay rights, in particular. Whereas in the last decade, President Bush's team orchestrated Mr. Bush's re-election by highlighting Republican views on same-sex marriage, the selection of Mr. Ryan — a vocal fiscal conservative who simply doesn't like to talk about his rabid social conservatism — shows that even though the party is not ready to make substantive changes to its platform, its leaders are worried that the world is starting to pass them by.

Let's make one thing clear: Mr. Ryan has been and will be steadfastly anti-gay in his policy positions and votes. He is no friend to the gay community. And yet, the Paul Ryan selection marks a sea change in Republicans' views on the effectiveness of social conservatism to win elections. It is a small, but significant step toward full equality for gay Americans. 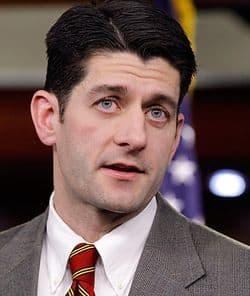 We know quite a bit about Mr. Ryan thanks to his charm, his marketing skills, and a timely profile in The New Yorker. The Ryans have a long history in Wisconsin, where his family's company helped build railroads in the late 1800s and is still one of the largest earth-moving firms in the Midwest. He works out a lot and the media think that's pretty awesome. He is a devout Catholic and loves Ayn Rand (minus her strict atheism, of course). And, he's a conservative ideologue with support from his party's intellectuals, but he's also charming, youthful, and has great hair. He came to Congress as a loyal Republican, voting for every budget-busting program President George W. Bush could come up with. Now that there is a Democratic president, Mr. Ryan regrets those votes and has transformed himself into a budget-cutting apostle.

That might seem unimportant, at best, or deceptive, at worst: that he doesn't talk about his anti-gay votes doesn't make him any less hateful and may make him a devil in disguise. But the rhetoric of campaigning is both a window into the campaign's assessment of the cultural zeitgeist and a dedicated strategy for victory.

Mr. Romney's choice signals a concerted effort to silence a social conservative wing that was ascendant during the Clinton Era and propelled the evangelical George W. Bush into office in 2000 and 2004. The movement was so powerful that President Bush's campaign team pinned their boss's re-election hopes on getting social conservatives out to vote by setting up same-sex marriage bans in more than 20 states at the 2004 election. At the time, President Bush and his surrogates bragged about their support for the "traditional family," code for a family that does not include gays. Coming out in support of same-sex marriage was seen as career suicide. And, antigay activists were winning ever state wide ballot initiative or legislative vote on marriage recognition.

Today, the world is quite different. The President supports marriage for gays, so does Dick Cheney and one Republican in Congress. We are on the verge of winning four statewide ballot measures. National polls have shown consistent majorities in favor of same-sex marriage. For the most part, young Republicans push gay marriage down to the bottom of topics they are concerned about. The Defense of Marriage Act (DOMA) is on its way out. And, perhaps most tellingly, no court decision declaring DOMA or Prop 8 unconstitutional has sparked any kind of cultural backlash, like pro-gay decisions used to in the 1990s.

The Republican Party realizes that anti-gay rhetoric is now a losing strategy. And that is remarkable.

For orchestrating this cultural progress, we can thank several leaders and social forces: Evan Wolfson's Freedom To Marry and its state-by-state strategy to change hearts and minds; the American Foundation for Equal Rights's pioneering leadership in challenging the constitutionality of Prop 8 and making the case for equality; openly gay public officials and public figures; President Obama's solidly pro-gay rhetoric and decisive actions in ending Don't Ask, Don't Tell, supporting marriage recognition, protecting gay couples's rights in hospitals, arguing to end DOMA, and countless other examples of leadership; and each of us who come out to our friends and families and lead moral, mainstream work-a-day lives. And, of course, our greatest ally has been time and its attendant generational shift.

Mr. Ryan did not cause this shift. Nor did Mr. Romney. If anything, they would try to reverse America's trend toward social toleration if elected. But, the Ryan selection is an overt Republican admission that the party's antigay rhetoric is now toxic. It is a testament to how far we have come: When those that dislike us have to hide, we know we're winning.