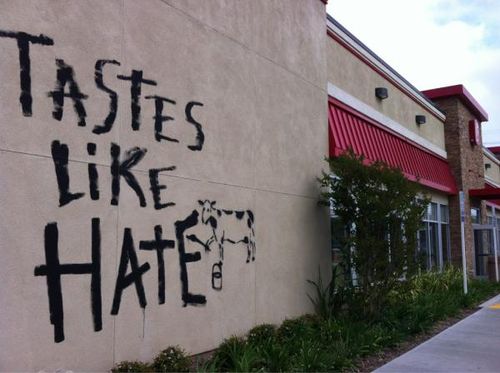 Chicago LGBT rights group The Civil Rights Agenda (TCRA)  and Alderman Proco 'Joe' Moreno (pictured, below), who in July said he wouldn't allow Chick-Fil-A to open a restaurant in his Northwest Side ward because of the company's anti-gay worldview, issued a press release yesterday that said they had been working with the restaurant chain and that it had agree to no longer donate to anti-gay organizations such as NOM and Focus on the Family. 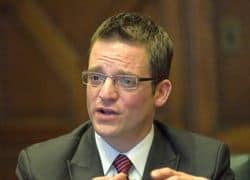 In a letter addressed to Alderman Moreno and signed by Chick-fil-A’s Senior Director of Real Estate, it states, “The WinShape Foundations is now taking a much closer look at the organizations it considers helping, and in that process will remain true to its stated philosophy of not supporting organizations with political agendas.”  In meetings the company executives clarified that they will no longer give to anti-gay organizations, such as Focus on the Family and the National Organization for Marriage.

Additionally, they have sent an internal memo to franchisees and stakeholders that stated that, as a company, they will “treat every person with honor, dignity and respect-regardless of their beliefs, race, creed, sexual orientation and gender,” and that their “intent is not to engage in political or social debates.”  This statement was placed into an official company document called “Chick-fil-A: Who We Are.”

“We are very pleased with this outcome and thank Alderman Moreno for his work on this issue,” said Anthony Martinez, executive director of The Civil Rights Agenda. “I think the most important part of this outcome is that Chick-fil-A has ceased their donations to anti-gay groups in 2011 and going forward. With some of the groups that they were donating to being classified as hate groups, and others actively trying to halt the movement toward full civil rights for LGBT people, Chick-fil-A has taken a big step forward.  We are encouraged by their willingness to serve all people and ensure their profits are not used to fight against a minority community that is still trying to gain full and equal civil rights.”

“Although we are encouraged by their internal statement, we still would like for the company to adopt an anti-discrimination policy at the corporate level,” said Rick Garcia, policy advisor for The Civil Rights Agenda. “It is one thing for a company to say they respect everyone they serve and employ, it is quite another for them to put that into their policies and demand that all employees adhere to that behavior.  As we have heard from gay employees that work for Chick-fil-A, there is a culture of discrimination within the company and we would like to ensure that employees can speak out and call attention to those practices without fear of reprisal. It takes time to change the culture of any institution and steps like a corporate policy ensure that progress is made.”

Though Moreno said he scored a "big win," the company made nearly identical pledges in a July 19 Facebook post that went up even before Moreno took issue with Chick-fil-A President Dan Cathy's opposition to gay marriage.

UPDATE: TCRA is erroneous in its assertion that Chick-fil-A's money went to NOM and Focus. Equality Matters has a helpful guide to where the WinShape Foundation's money did go, and there are plenty of anti-gay groups which received it.