Good news. Jerry Brown signed SB 1172, which had languished on his desk for more than amonth after being passed by California's legislature in August, the SF Chronicle reports: 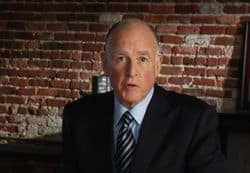 "This bill bans non-scientific 'therapies' that have driven young people to depression and suicide. These practices have no basis in science or medicine and they will now be relegated to the dustbin of quackery," Brown said in a statement to The Chronicle.

Brown approved the ban after the public release of two other lists of bills signed and vetoed earlier Saturday. Lieu's bill is expected to appear on a new list to be released Sunday.