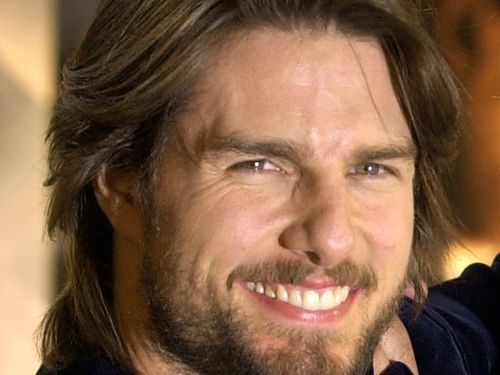 Vanity Fair is about to publish a feature that'll make Scientology seem even creepier than it does already. It's the story of how Tom Cruise went about acquiring his last two romantic interests, Katie Holmes and actress Nazanin Boniadi. The short version of that story is this: He didn't acquire them. Scientology acquired them.

If Vanity Fair's to be believed, finding a post-Nicole, post-Penelope love interest for Cruise involved a church-run search headed up by Shelly Miscavige, wife of David Miscavige, Scientology's baby-faced leader. From Vanity Fair:

According to several sources, the organization devised an elaborate
auditioning process in which actresses who were already Scientology
members were called in, told they were auditioning for a new training
film, and then asked a series of curious questions including: “What do
you think of Tom Cruise?”

Nazanin Boniadi, Scientology's first choice to mate with Tom Cruise, apparently thought he was pretty swell. So the church set about breaking her up with her boyfriend:

Nazanin Boniadi, an Iranian-born, London-raised actress and Scientologist,
was selected and dated Cruise from November 2004 until January 2005.
Initially she was told only that she had been selected for a very
important mission. In a month-long preparation in October 2004, she was
audited every day, a process in which she told a high-ranking
Scientology official her innermost secrets and every detail of her sex
life. Boniadi allegedly was told to lose her braces, her red highlights,
and her boyfriend. According to a knowledgeable source, she was shown
confidential auditing files of her boyfriend to expedite a breakup … The source says Boniadi signed a confidentiality agreement and was
told that if she “messed up” in any way she would be declared a
Suppressive Person (a pariah and enemy of Scientology). 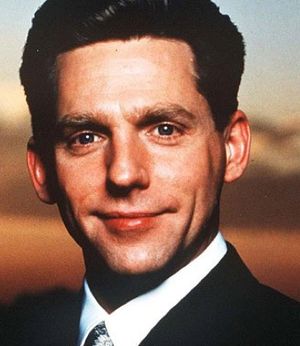 Things allegedly went well between Boniadi and Cruise, but only for a little while. When Boniadi displeased the actor, which she apparently did with increasing frequency during their few months together, he would report her to their church. The crime that ended her relationship with Cruise was allegedly this:

Boniadi also offended Scientology chief David Miscavige, who
speaks rapidly, because she kept saying, “Excuse me?” when she was
entertaining him and his wife during a visit to Telluride. In
Scientology, the ability to have your communication “land” is crucial.
Boniadi was excoriated by Cruise for disrespecting Miscavige.

Cruise eventually dumped Boniadi, though indirectly — she found out he was leaving her, or that she was leaving him, when she was instructed by the church to move out of Cruise's home and into the Scientology Celebrity Center, in Los Angeles. Her punishment for failing Cruise:

… scrub toilets with a toothbrush, clean bathroom tiles with acid,
and dig ditches in the middle of the night. After that she was sent out
to sell Scientology founder L. Ron Hubbard’s Dianetics on street corners.

The church denies everything. Boniadi and Cruise refused to comment. David Miscavige says the whole story's a ridiculous fabrication.