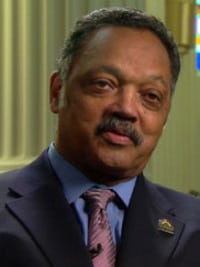 Comparing the vote to 60s-era votes on racial civil rights, Jackson told the Sirius XM radio host, "I remember in 1964, the dealbreaker then was, 'Should we have the right of public accommodation [for blacks]?' They tried to make blacks having public accommodations a single issue. At that time race was the dealbreaker. But we’ve overcome that. I would hope that people would respect people’s basic fundamental rights. If you don’t believe in it, don’t engage in it. But don’t deny other people their basic civil rights."

With regard to marriage equality as a concept, rather than as a vote in Maryland, Jackson said that our culture has expanded its understanding of love, and that our laws need to follow suit.

The culture has had to expand… For so long we thought it was a sin for blacks to have freedom. We thought it was a sin for black and white men and women to interrelate. We’ve grown in our appreciation of the fact that we live in our faith, and our faith may live under the law. All citizens deserve constitutional protections. You know, you have a right not to agree with interracial marriage but no one should be denied rights under the law.

An August poll of Maryland voters shows support for equality ahead by about 14 points: 54 for the law with 40 against, according to Hart Research Associates. A survey from March had 51 in favor and 43 against.