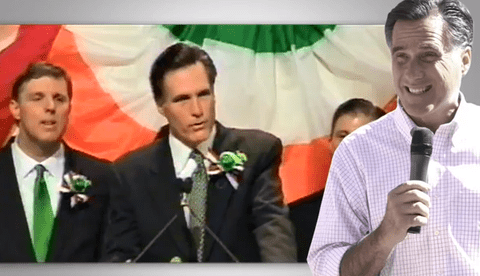 In an attempt to keep GOP presidential candidate Mitt Romney’s disturbing disdain for the middle class at the forefront of voters’ minds, the pro-Obama group American Bridge 21st Century today released an ad splicing together some of rich Mitt’s greatest, most out-of-touch hits — “corporations are people,” for example — and adds in a joke he told during a roast-like St. Patrick’s day event in 2004: “When I was a boy I used to think that becoming rich and becoming famous would make me happy. Boy was I right!”

For many people, that alleged punchline will ring too true.

Watch the ad AFTER THE JUMP.