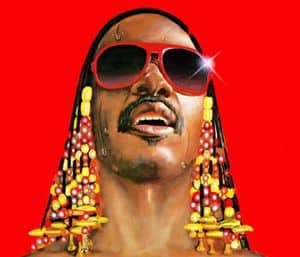 Stevie Wonder has apologized for the rather disappointing quote he gave The Guardian about the coming-out of singer Frank Ocean. When asked earlier this week about Frank Ocean, Wonder said:

I think honestly, some people who think they're gay, they're confused.
People can misconstrue closeness for love. People can feel connected,
they bond. I'm not saying all [gay people are confused]. Some people
have a desire to be with the same sex. But that's them.

Sure — some people do get confused about sexualty. (I did. My first love was a girl.) But for an honest-to-goodness American national treasure to respond in such a way to the first-time-in-history coming out of a hip-hop/R&B star was dispiriting, and suggested that maybe Mr. Wonder wasn't entirely comfortable with Frank Ocean's gayness.

Mr. Wonder has tried to clear things up with a statement to The Advocate:

Does that settle it?