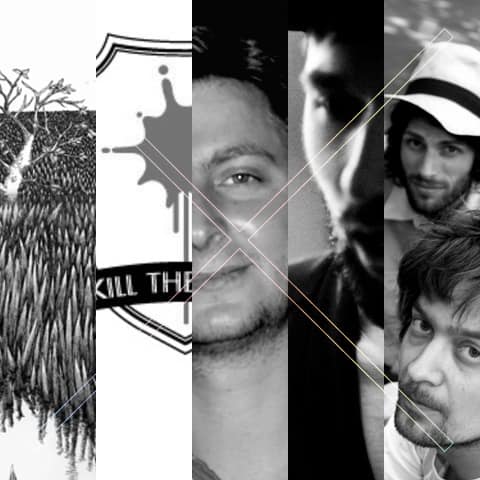 Brooklyn synthpop duo Emeron Kale and Fox Barrington craft beautiful, sweet audible landscapes, putting them in the same musical league with big acts such as Postal Service. Though the original version of their track 'Nightmares' is very ambient and chill, Swedish trio Monitor 66 re-shapes it to an upbeat house track that has one wishing it was sunny and breezy all year long.

'Surrender' is a brand new blissful dance track that comes to us from the land of the rising sun. The Japanese duo known as Kill the Hero is releasing a remix package for this song soon and this version by Shazam is already out and making waves on the music scene.

Allegedly working on 'Just One Touch' for two years, Porto-based producer Social Disco Club has put together deep house beats, 90's piano melodies and sexy vocals by Miss Bee on this track to create an uplifting mood that is perfectly suitable for a night of dancing.

Miss Bee is featured again on Monsoon Season's 'Green On Blue'. The original release features remixes by Moon Boots and Satin Jackets, and now a deep house re-work by Russian act Arsenii is making its way out to the world and into our playlists.

When Lindstrøm and Prins Thomas join forces, we know there's something great in store. The Norwegian producers have been collaborating and writing disco songs together for years, and have released two albums and several amazing remixes—the latest of which being a revamp of  Neneh Cherry & The Thing's 'Cashback.' This remix maintains some of the original's unique jazzy elements while updating it into a groovy disco track.