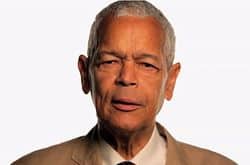 Julian Bond, chairman emeritus of the national NAACP, has recorded a radio ad in support of Question 6, the ballot measure which would put Maryland's marriage equality law into effect.

Says Bond in the ad, airing in the Washington and Baltimore markets:

"I know a little something about fighting for what’s right and just. Maryland's gay and lesbian families share the same values. And they should share in the right to marry. I believe people of faith understand this isn’t about any one religious belief – it’s about protecting the civil right to make a lifelong commitment to the person you love."

Listen to the ad, AFTER THE JUMP…