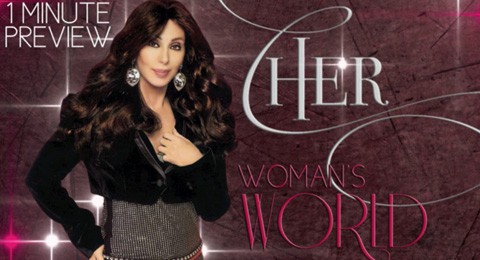 Cher took to Twitter after a minute-long "not final" mix of a new record leaked to the web, reportedly because a DJ in Michigan played it.

"I’m upset about the leak.It’s not the End of The World , but,Dont understand how Club in Michigan played min of it? It’s not final mix!…Vocal sounds different , well there’s more but I’m not going 2 Stress, it’s just it’s my 1st cd in a gazzion yrs. & I’ve worked so hard on…It.wanted it 2come out,like it is now.Pink’s Ballad is 2nd favorite! EVERY Woman I played it 4 cried,but just got AMAZING new songs! Mark…(BELIEVE PROD) is coming with his songs,Billy (Pink’s Prod.) has done 2 & 2 more 2 do! Am very lucky, but its drag about WW! Bye xxxme

Listen, AFTER THE JUMP….