A open letter to friends supporting Mitt Romney on Facebook by actor Max von Essen, who plays Magaldi in the Broadway production of Evita, is getting some attention around the web. 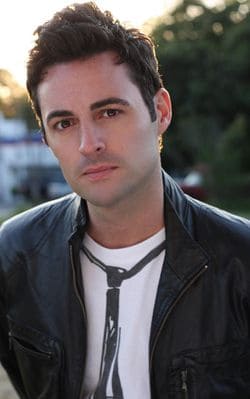 It’s well worth a read.

Listen, I know you didn’t mean any harm commenting on this post and I like you, we had some great times growing up. But Romney and Ryan believe that I am less than you. They believe I am a second class citizen and don’t deserve the same rights that you had the privilege of being born into simply by being straight. They want to add a constitutional amendment that will ban gay marriage forever. It will set us back decades and ensure that I never legally have the opportunity to have a family or a partner in my lifetime.

They also believe that being at your partner’s side when he/she is dying is a benefit, not a civil right. They could keep me from my partner dying in a hospital. Could you even imagine something like that in your own life? Being separated from your wife on her death bed? Could you imagine your marriage never being recognized and being told that your family is not a family and you do not deserve any federal rights that comes with marriage. Over 1100 rights.  Did you know that? 1100.

I know there are important issues involved in this campaign. I know people are suffering and the economy has not improved at a rate we all wish it would. Yes, people are suffering but the gay and lesbian community has been suffering for hundreds of years and I am so tired of it. So tired of feeling that I am less than. So tired of knowing I have friends on here who will vote for someone who will keep me a second class citizen for my entire lifetime. I have already spent half a lifetime hiding, half a lifetime conforming. It is exhausting, demeaning and I am worn out. I want to love myself full out.  I want a president who can look me in the eye and say ‘You are equal!’ ‘You are equal to everyone else in this country and I will fight for your rights. The time is now and it is long overdue.’ Romney and Ryan could not look me in the eye and say that and I feel sorry for every gay and questioning child who might have to listen to a president who believes that he/she is not equal. Children will take their lives. It is the WORST form of trickle down bullying and it absolutely splits my heart in half. When the president says you are less than, it gives permission to every authority figure, every politician, every teacher, every bully on the playground to push you around and bully you and treat you less than. It is dangerous and lives will be lost.

If this is not important to you, please remove me from your friends list. I need people in my life who love me and consider me 100% equal.

Previous Post: « Michelle Obama Blasts Jimmy Kimmel with Air Horn in Demonstration of Her ‘Get Out the Vote’ Technique: VIDEO
Next Post: John Sununu Suggests Colin Powell’s Endorsement of Obama was Racism: VIDEO »