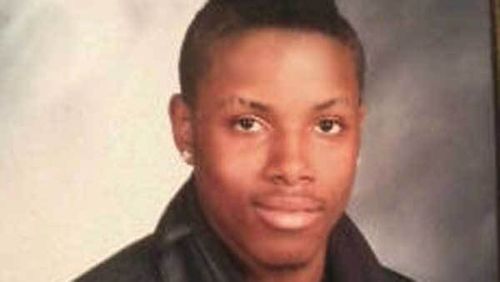 Chicago police are describing the fatal Friday shooting of 18-year Terrance "Jawan" Wright as a robbery. According to them, five men approached Wright, a senior at Banner Academy South, and tried to rob him. Wright fought back and one of the men shot him in the chest. He died soon after.

Wright's family, however, say it's more complicated than a robbery: Wright had just transferred to Banner after being bullied in and out of his old school for being gay; the bullying followed him and they believe it's homophobia, not petty crime, that led to his death.

"I believe they only did that to him because he was gay," Wright's 16-year old brother, Javone, told the local CBS affiliate. A cousin, Kenyatta Rogers, drew a similar conclusion: "They had to kill my cousin because he was gay. That’s crazy."

His grandmother also pointed the finger at homophobia, telling WGN, "I was told the boys were picking on Jawan, Jawan was on his way home and the boys just started picking on him and calling him names so they tried to take Jawan’s book bag. So then Jawan and the boys got to fighting.”

“That’s when police say one of the boys pulled out a gun and killed Jawan," she said.

The family is now asking Chicago police to investigate Wright's death as a hate crime. Two people are reportedly being questioned, but the department is not remarking on whether anti-gay attitudes played a role in Wright's murder.

Watch video of both the CBS and the WGN reports AFTER THE JUMP.

Previous Post: « George McGovern, Senator And Liberal Stalwart, Dead At 90
Next Post: Richard Tisei Has No Fear Of GOP ‘Knuckleheads’ »