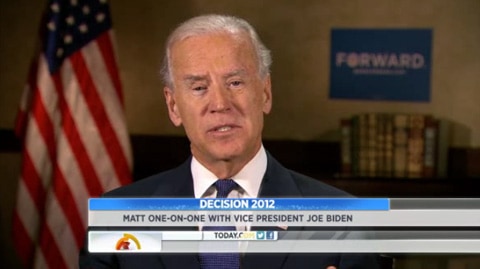 Ryan got testy and defensive with Savannah Guthrie in a separate interview:

“We have a trillion dollars in defense cuts coming down the pipe that will hollow out our military and we don’t agree with that,” Ryan said.

“Sir, you voted for those cuts,” host Savannah Guthrie interjected.

“No, I did not,” Ryan said. “No, no, I did not support — you have to understand we have a third round of defense cuts coming. We obviously didn’t support the president’s budget. Let’s never forget it was the president who insisted that these defense cuts be part of the sequester bill. I wrote the legislation preventing them from happening.” 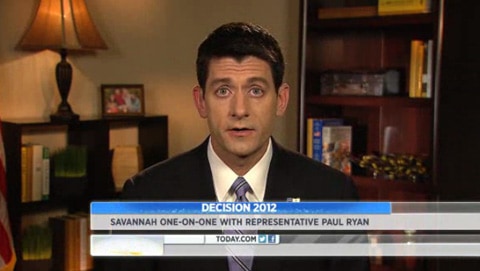 Previous Post: « ‘Horses and Bayonets’ the Winning Meme from the Third and Final Presidential Debate
Next Post: Madonna Sends Her Son Rocco to the Dunk Tank on ‘Ellen’: VIDEO »