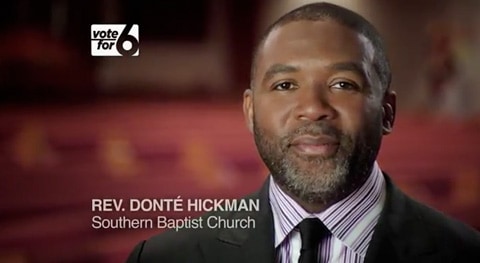 In new ads from Marylanders for Marriage Equality, two African-American pastors speak out in support of the Question 6 ballot measure, which would put Maryland's legislatively-passed marriage equality law into effect.

Recent polling has shown that 49 percent of voters support the marriage equality measure.

The Baltimore Sun reports: "The ads are designed to counter an organized push by black churches to preach opposition to same-sex marriage from the pulpit this month. Both sides are wooing black voters this year; they made up about 25 percent of the electorate in 2008, and are expected to come out in similar numbers for this year's election."

Says Hickman: "As a pastor, my support for Question 6 is rooted in my belief that the government should treat everyone equally."

Says Coates: "This law does not force any church to perform a same-sex marriage if it's against their beliefs. Protecting religious freedom and protecting all Marylanders equally under the law. That's what this is about."

This week, the NAACP's Julian Bond recorded a radio ad supporting the measure. The anti-gay Maryland Marriage Alliance is also running ads against it. 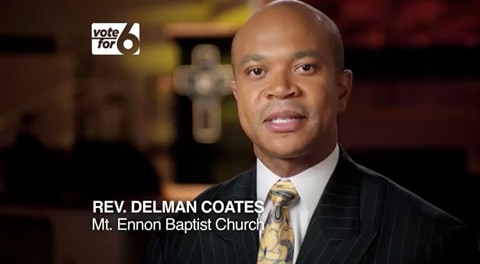