This is awesome: Catholics for Marriage Equality
in Maine are running an ad this Sunday in which the coalition
celebrates same-sex marriage. Over 100 Catholics are attaching their
name to the missive. 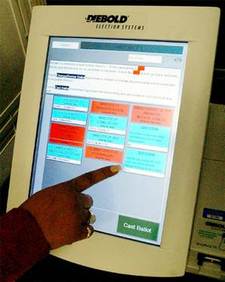 From Christian Science Monitor: "In four
battleground states, glitches in electronic-voting machines could
produce erroneous tallies that would be difficult to detect and
potentially impossible to correct…"

Scissor Sisters are taking an "indefinite hiatus," but lead singer Jake Shears insists they're not breaking up.

Katy Perry wears her vote on her stomach.

The College Board reports that college now costs, on average, $17,860 a year.

Richard Mourdock stands by his remarks about rape victims not getting abortions because any pregnancy is "something God intended to happen". Though he says he "did not intend to suggest that God wants rape," "I would be less than faithful if I said anything other than life is precious, I believe it's a gift from god".

Meanwhile, Obama is keeping up his attacks on Romney's connection to Mourdock.

Marriage equality got a shout-out at Anne Hathaway and her talents pals' Cabaret celebration at Joe's Pub last night: "In deference to New York’s gay marriage law, Hathaway added that she
and [Audra] McDonald had decided to sing [the song "Married"] lovingly to each other. In one of
the show’s emotional highlights, they were joined by duets between
[Eddie] Redmayne and [Bryce] Pinkham, and [Linda] Lavin and [Harvey] Fierstein." 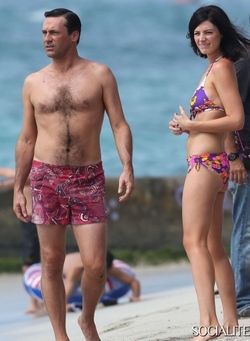 Former minor league baseball pitcher John Dillinger discusses coming out: "I felt like it was time and I wasn’t afraid of the unknown any more. I felt like people needed to know."

Stacy Keibler thinks George Clooney is good at everything ever, which may be true.

The CW is getting relatively high-brow with a show about Mary, Queen of Scots.

Here's how Jessica Simpson reportedly reacted to an unconfirmed report that father Joe Simpson came out of the closet: "Jessica’s been trying to process the information slowly, but she’s
having difficulty dealing with it… Despite that, she’s going to stand by him and support
his decision."

Joe Simpson is denying the rumors, though.

Chick-fil-A may be benefiting from CEO Dan Cathy's anti-gay politics. From ABC News: "The number of people who said they visited Chick-fil-A in the "past
month" increased 2.2 percent, according to a third quarter study by
chain restaurant market research firm Sandelman & Associates'
Quick-Track study. The research firm conducts research for all major
fast-food chains in U.S. media markets."

One has to wonder how the right will respond to this: "Scientists in Oregon have created embryos with genes from one man and
two women, using a provocative technique that could someday be used to
prevent babies from inheriting certain rare incurable diseases."

Equality California has finally wrapped up its year-long search for a permanent executive director and today announced John O’Connor will take the slot vacated by Roland Palencia.

Timothy Kurek, the man who pretended to be gay to learn more about his own homophobic attitudes, writes about his experience for Salon: "I found myself regularly going to a karaoke night, and so many gay
people attended, we called it 'Lesbaoke.' At first it made me
uncomfortable, but over time I found in that place a new home, where
everyone was the epitome of loving, and where the judgmental voice
inside of me was forced into silence."