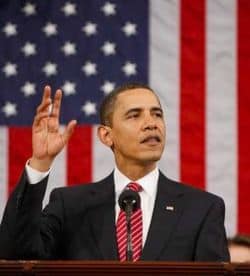 According to President Obama's reelection team in Washington State, the President supports passage of Referendum 74, a ballot measure that will legalize marriage equality there.

"While the president does not weigh in on every single ballot measure in
every state, the president believes in treating everyone fairly and
equally, with dignity and respect," Paul Bell, a press secretary from Obama's Washington team, told The Advocate's Neal Broverman.

"Washington's same-sex marriage law
would treat all Washington couples equally, and that is why the
President supports a vote to approve Referendum 74."