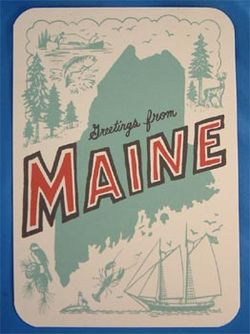 Protect Marriage Maine, the main opposition to marriage equality in that state, finally filed their latest FEC reports and claim to have raised almost $1 million in their fight against same-sex couples' rights.

In its latest financial report, Protect Marriage Maine says it raised $950,000 from Oct 1-23. That pushed overall fundraising to $1.4 million.

The Kennebec Journal reports that of that $950,000, $800,000 came from the National Organization for Marriage, a national anti-gay marriage group. The Knights of Columbus gave $100,000.

Don't worry, though: pro-equality groups still have a fundraising leg up. The latest reports bring their total to $4.3 million. These latest anti-gay funds are a last, desperate gasp ahead of election day's vote.