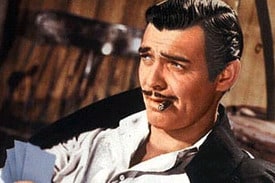 I'm finally getting to the actual printed paper, so pardon if you've already seen this New York Times op-ed about being gay in the South.

Using Honey Boo Boo's surprising and welcome support for gay "poodles" as a launching pad, University of North Carolina, Charlotte professor Karen Cox's piece explains the good, the bad and what sounds like tepid tolerance that comes with being gay below the Mason-Dixon.

There is a limit to the acceptance. In the rural South, people love their sons and daughters and they may even break bread with the florist and his partner, but they still believe homosexuality is a sin. They draw the line at a gay pride march down Main Street, and they won’t stand for gay marriage.

Still, as Alana’s Uncle Lee has shown America, there are gays living in the rural South who don’t all set out for the big city. They lead rich lives and have families, and sometimes even communities, that love them and accept them for who they are.

Cox also notes that many Southerners avoid describing someone as gay, preferring instead to say someone is "light in the loafers" or "has sugar in his britches," the latter of which could go either way…

Previous Post: « Big Bird-Loving Child To Romney: ‘You Find Something Else To Cut Off’
Next Post: Towleroad Talking Points: Romney vs. Big Bird »